Standard CI build checks integrity of committed code after merge. This approach can lead to a state when code is not deployable due to failing tests or even failing compilation. Gated check-in helps to protect the integrity by verifying state before the merge. In that way, you can protect your master branch and avoid build breaks. In that way, you can ensure that your master branch is always deployable (what is crucial in GitHub flow) and you will not interrupt your colleagues with your obvious mistakes. Gated check-in feature was originally introduced in TFS 2010. It can also be easily adopted in Azure DevOps YAML based builds.

We will define two builds for .NET Core application which source code is hosted on GitHub:

The difference between these two indicates why we want to separate builds. We don’t want to produce artifacts each time when a commit is pushed or PR is created however we want to execute steps which ensure us that code integrity won’t be affected.

Code below contains parts of the builds which are common for both definitions. It is:

I decided to use ubuntu host agent and because of that, I had to use Coverlet for code coverage. It requires to install coverlet.collector package for a unit test project. If you use windows host agent you can use built-in coverage data collector. More information you can find here.

Azure DevOps should run Standard CI build only when a commit is done on the master branch. To achieve this we need to exclude non-master branches and all pull requests.

I limited scope to the gated-checking folder where I put code for this article.

Azure DevOps should run GC build on each commit for non-master branch and when we create a pull request for the master branch.

Once we have build definitions we should add branch protection rule on GitHub. You will find it going to Settings -> Branches -> Add rule then check: 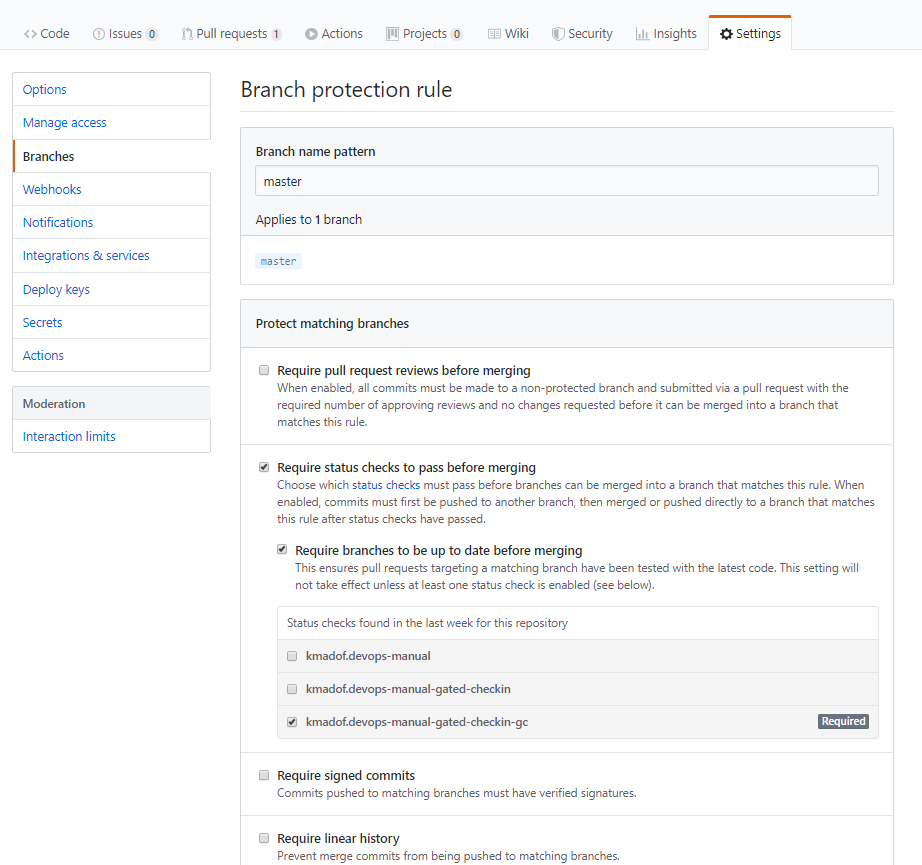 GC build in action on GitHub

With this configuration, GitHub displays build information on the branch page:

and we will not be able to merge in case of a failing build (unless you are an administrator). 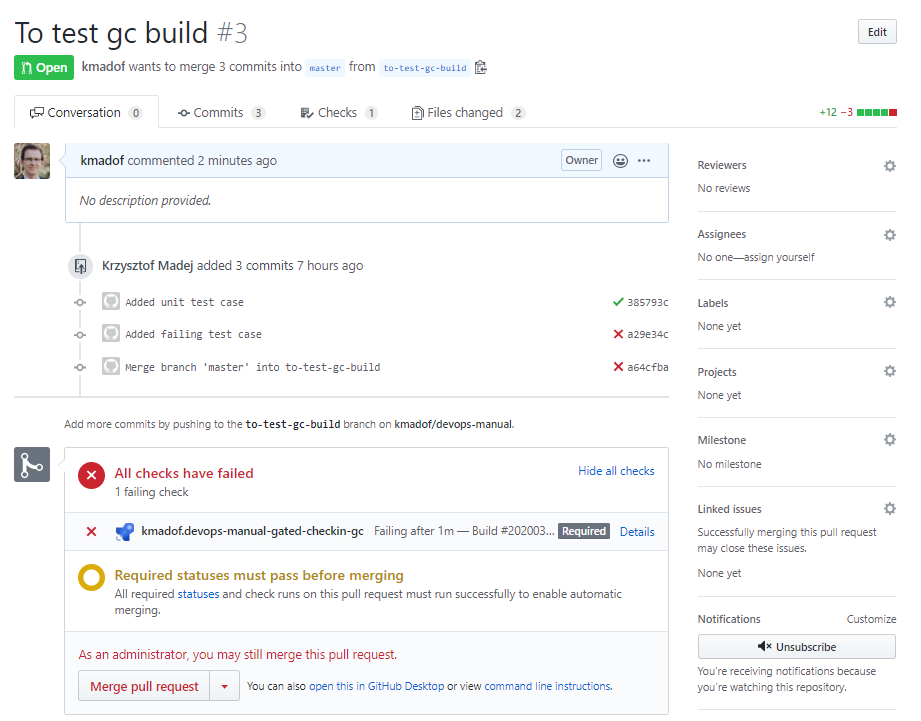 Gated check-in is an approach which helps you keep the integrity of your code. It is very important when many developers work at the same time on the same repository or if you follow GitHub flow because you always want to have the master branch in a deployable state. Do you use GC build in your project? Let me know in comments. I wonder how you keep your source code integrity.